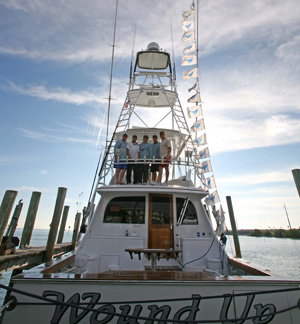 Captain John Dudas led anglers Bill Danko of Cincinatti Ohio, Scott Cummings of San Antiono TX, Rob Ramirez, Alex Castellanos and Warren Sands all from Miami, FL to a victory in the Florida Keys Gold Cup Championship Series. The Islamorada Sailfish Tournament was the first leg of the series. The team aboard the Wound Up released 25 sailfish during the three days of fishing, winning the event.

The next leg was the Cheeca Lodge and Spa Presidential Sailfish Tournament where team Wound Up released 7 Sails.

It would be the final leg of the trilogy that would find the Wound Up ahead of the 17 other teams in the Gold Cup Series. The Wound Up would take thrid place in the Islamorada Fishing Clubs Sailfish Tournament with 15 releases, behind the Relentless with 18 and the Reel McCoy with 16. The hard work of Captaiin John Dudas with his skilled team of mates and anglers would put the Wound Up with a total of 47 fish at the series end.

Angler Bill Danko would release 25 of the Wound Ups’ sailfish to be awarded the series Grand Champion Angler. Bill will receive the highly sought after gold championship ring.

Last years winners anglers Fenton Langston from Key Largo, Jimmy Hendrix of Islamorada, Jimmy and Debbie David from Hollywood FL would release a total of 36 Sailfish during the series for second place. Captain Paul Ross’ unprecidented win of all three events last year and record setting 48 fish will still stand as the series all time number of releases. The Relentless team released 13 sails in the Islamorada Sailfish Tournament, 5 in the Cheeca Lodge and Spa Presidential and won the Islamorada Fishing Clubs Sailfish tournament with 18 releases.

Third Place would go to the Reel McCoy. Anglers Larry Amyotte of Silver Springs FL, Sean Smith from Pompano FL, Robert Collins from Naples FL and Kiki Ferrer from Tavernier, FL would release a total of 30 Sailfish during the series.

18 teams with 67 Anglers participated in this years event. A total of 394 Sailfish were released. The Florida Keys Gold Cup Championship Series is a fund raiser for the Islamorada Charter Boat Association. The Series would like to thank the major sponsors, Caribee Boat Sales, Yamaha Outboards and Contender Boats for their continued support. The hosts of the series all lived up to the expectations of the anglers. They included Whale Harbor Restaurants and Marina, Cheeca Lodge and Spa and the Islamorada Fishing Club. 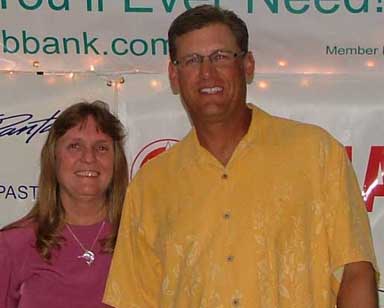 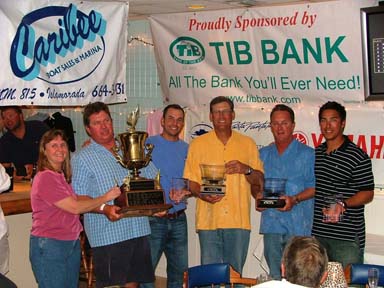 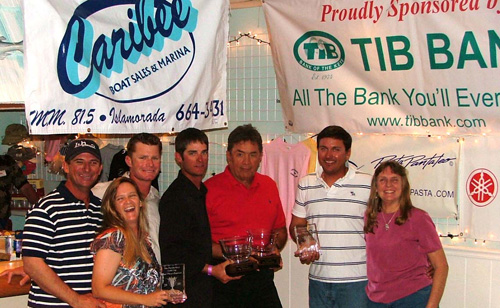 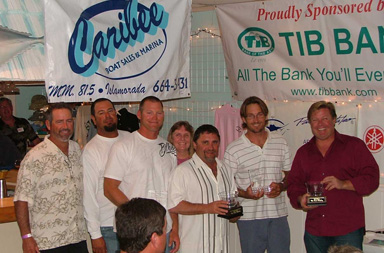